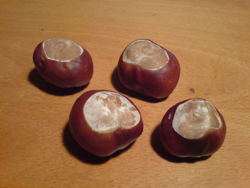 Another ‘legacy’ post this time folks, this one from September 2007.  I can’t believe I’ve been keeping a blog on and off for more than 10 years.

Well tempus fugit as they say;  it’s that time of year again and I’ve made my return to the halls of learning.  This year summer’s lease has indeed had all too short a date, and to continue the literary theme, I reckon we’ve well and truly entered the season of mists and mellow fruitfulness.  For many writers and lyricists though it’s a time about which to get decidedly prosaic.

Aside from the Shakespeare and Keats quotes, there are many songs about Autumn:  Autumn in New York, ‘Tis Autumn, and of course Autumn Leaves, the English lyric for which Johnny Mercer wrote in no time flat apparently.  Thinking about it, there are plenty of songs about the other seasons too, Spring is Here, It Might as Well Be Spring, and Spring Can Really Hang You Up the Most are examples that ‘spring’ immediately to mind.  Maybe it’s merely an indication of our fascination with the changing seasons.

By the way, how many girl singers does it take to sing ‘Autumn Leaves’?

All of them it would appear…..

To digress for a while, I’ve decided that the fact that I’m on first name terms with all the staff at my local greasy spoon speaks volumes about the quality of my diet at present.  I was walking to the caff for my traditional ‘cholesterol surprise’ a couple of weekends ago and as I aimlessly kicked shiny windfall conkers along the pavement, I was reminded of the sort of ‘poor man’s conkers’ we used to play at school.

There was a sycamore tree in the school yard and at this time of year we played a game like conkers but using those funny helicopter type sycamore seeds.  You had to hold the seed between forefinger and thumb and try to chop your opponent’s seed in half.  Naturally these games had the advantage of not taking as long as conkers, and you didn’t run the risk of excruciating injury to your knuckles caused by an over- enthusiastic miss by your opponent.  I’m sure there were people at my school who deliberately aimed for your hand instead of your conker, but then again, my school seemed to attract quite a few sadistic bastards. And that was just the staff!

I got to thinking that conkers were a tangible sign that summer was over.  Now no sooner had that thought passed when I heard the reassuring thwack of leather on willow, and it occurred to me that the real sign that we’re on the long haul to Christmas is the council taking down the cricket nets in my local park.

This talk of autumn and cricket has reminded me of a rather poignant scenario that Brighton saxophonist Geoff Simkins once described to me.  Picture the scene, it’s the last county game of the season at Hove and the ‘crowd’ is made up of a few stalwart Sussex supporters getting their final day’s cricket in for the year.  Most of these stalwarts it has to be said are gents who have seen more than their fair share of cricket seasons

During the tea interval, the news vendor comes round with the evening paper.  “Argus” is his street cry, although I like to imagine that it’s toned down somewhat and is not exactly a cry inside a cricket ground.  As he sells papers to the old boys, he bids them farewell with a cheery “see you next season then.”   As you observe this scene and think of the harsh winter ahead, you know that for some of the spectators it’s actually “Goodbye” and they’re not going to make it to next season.  Terribly sad.  Always gets me that one.

Oh dear, this has started a stream of consciousness, so to close here are three further things:

Firstly a picture of a sign I saw in a tiny back street near the river in Twickenham.  I don’t know if it’s a facsimile or a restored original, but I love it anyway.

Secondly, I was once taken into the pavilion at Lord’s cricket ground by a musician I know who’s a member.  As we sat watching the cricket in the afternoon sun he turned to me and said  “I’m getting on a bit but I’m not ready to turn my toes up yet.  When I do though, I’d quite like to go by falling asleep sat up here in the afternoon sun with a jug of ale in my hand and a cat on my lap.”  Seems like the perfect death to me.

And finally…..I was cricket mad when I was a kid and always listened to the test match commentary on the radio.  This was in the 1970s when streaking at sporting events became a short-lived trend.  I well remember on one particular afternoon John Arlott’s gruff Hampshire accent declaring “And there’s a streaker on the pitch.”   Always the greatest of cricket commentators and the master of understatement, as the streaker was being led away by two burly policemen (presumably one had employed the standard procedure of removing his helmet to cover the streaker’s private parts) Arlott wryly observed, “And I think he’s seen his last cricket for today.”

Ok folks don’t be bashful, – please do leave a comment.  It’s often the catalyst for the next blog entry.